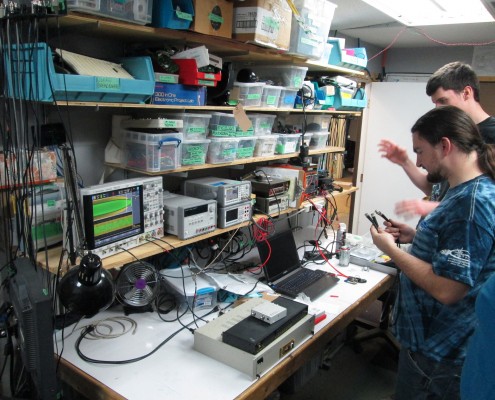 When Keysight (you might remember them as Agilent or HP) announced the Dream Bench sweepstakes back in January, the grand prize caught notice. It was almost too good. Up for grabs was an incredible pile of electronics gear — a top-of-the-line oscilloscope, a workhorse power supply, a waveform generator with way too much memory, and a multimeter so full-featured it thinks it’s a little oscilloscope sometimes. On top of it, all the gear is PC-controllable, and the prize pack features a full license for the new BenchVue software, to tie it all together in one interface. (Just go watch the video, it’s all sorts of nifty.)

That’s a seriously nice bench full of equipment, and when I looked at the sweepstakes, I figured there were two likely outcomes: It would either be won by a student/hobbyist, who would surely appreciate it but might not find time to use it often (or to its full potential), or by a professional designer with access to similar stuff in a commercial lab.

However, that’s not how it turned out!

If you’re reading this, you know there’s a third possibility: That the prize might go to a hackerspace/makerspace. Run by and for the DIY community, i3Detroit’s member-volunteers have spent the last 6 years sharing resources and inspiration, with an almost-impossibly-broad scope: A visitor will find the expected laser cutters and 3D printers, but also embroidery and jewelry equipment, woodworking, welding, ceramics, and a dozen other disciplines represented, all under one roof. Not least of which is an electronics lab which just got a pretty significant equipment upgrade.

This breadth of capabilities is reflected in the diversity of membership, too: Costume designers collaborate with radio engineers to make remote-controlled animated wearable art. Traditional wood marquetry techniques get a boost from laser speed and precision. Lasers do a great job on leather, too, and another ancient art moves into the 21st century. A handful of successful crowdfunded projects have made their prototypes or production hardware here, and independent inventors and entrepreneurs find a place in the community too.

Even within a single discipline, members run the gamut from total beginners working on tutorials, to accomplished designers debugging production hardware. Unlike the labs found in schools or in industry, there’s no set focus here, and no vendor monoculture. Keysight’s finest goes up against (or, fits in seamlessly with) equipment from numerous other nameplates (though of course, HP and Agilent make up a significant chunk of those too), and an ever-maturing suite of open-source tools produced by the hacker/maker community. It’s used by students on their way into industry, of course (and the number of people who’ve gotten job connections here is dizzying), but projects here are driven by curiosity and passion, not top-down management. (Even the lab coordinator is appointed by the membership.)

On any given day, the oscilloscope’s VGA-out might be hooked to a projector, so music-synth students can see the instructor’s waveforms on the big screen. The next day, it might be in math mode, working with the function generator to characterize the frequency response of an amplifier or filter. Just yesterday, the PSU and DMM were paired up on either end of a little power converter, getting final alignment before going into a prototype phone accessory. Tools at i3Detroit get a workout! What will you do with them next?

(Note: The prize pack we won had 4 main pieces of gear: The oscilloscope, PSU, DMM, and Arb. That’s insane but it’s now considered the “runner-up” prize, and the grand prize in this iteration of the contest is an even-crazier pack that includes all that plus a spectrum analyzer, DC power analyzer, and DAQ box. And BenchVue licenses for all of the above, of course.)

A beginning class on Laser Cutting/Engraving for Authorization on Bumblebee. 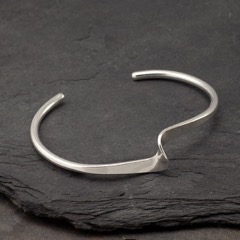 END_OF_DOCUMENT_TOKEN_TO_BE_REPLACED

You will have fun. I promise.

New here? What the heck is a potlock?

It’s an i3 tradition, “potluck” because folks bring food, and “lock-in” suggesting an all-night party. Although lately we’ve realized that all-afternoon works better. (Having an official tools-down, pat-each-other-on-the-back time is important.)

It’s also the best way for new members (and non-members) to get more involved and connected! Because a lot of members will be around at once, but NOT debating policy, it’s as socially useful as a meeting, but we actually get physical things done. Potlock is a perfect opportunity to work alongside a bunch of other members, learn where things are and where things go, take some ownership of your favorite zone, and make the space better for yourself and others.

What’s the task-list this time around?

Potlocks traditionally center around the ToDo list in the wiki: https://www.i3detroit.org/wiki/ToDo

The fall potlock is a great time for us to do all the thing we were too busy to do while we were out having fun in the sun.  Filters need changing , machines need oiling, and the space could use a good scrubbing before we batten down the hatches for winter.

How can I help?

Show up and be your awesome self any time between noon and 6! Seriously, that’s it.

I can make good food! How do I share?

Let us know what you are making by adding it to the list here: https://www.i3detroit.org/wiki/Potlock_Menu_Planning

(You can also reply to me off-list if your dish is a surprise.)

Members can find discussion on the private list here: https://groups.google.com/forum/#!topic/i3detroit/XS7doiE3iBs

Description:
Ever wanted to get into painting or learn some new techniques? Join me, Aaron Greenwell, for an introductory to Acrylic Painting and Painting basics at i3.

Aaron Greenwell has a BFA in Sculpture from Wayne State and has spent a lot of studio time learning various painting and art processes. You will have a fun and inspiring time working with his eccentric attitude as he guides you in exploring fundamental uses of painting tools as well as learning to explore your own methods of creativity.

Acrylic is a great medium to start with, not too different from Watercolor. It dries fast which allows you to explore different techniques and fix mistakes fast. I still prefer working in Acrylic over Oil a lot of the time!

Weather pending, I may try to setup for us to paint outdoors. I find fresh air makes everything better.

Who is allowed to join?: Anyone 18+ is welcome! Experienced and inexperienced artists, crafters, and curious minds of all type are welcome to this workshop.

The goals of the workshop:

The workshop will start by covering:

After the basics we will explore:

Required supplies:
Bonus!:
If you need to contact me for questions or concerns, you can reach me by e-mailing agrnwll@gmail.com

You can purchase seating through EventBrite at $19.00 per seat. If you cannot or do not want to use EvenBrite for reservation, please contact me directly. Seating is limited to 15 for this first class.