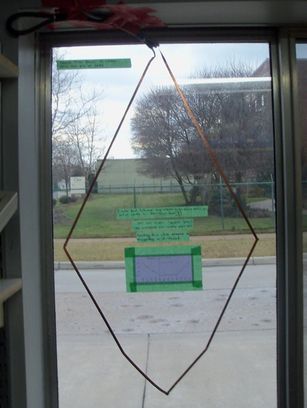 We have forever had a 2-meter/440 amateur radio rig in the e-room, but no antenna. I decided to fix this with some of the copper foil tape I'd recently found use for prototyping SMD boards.

The antenna is a full-wave 2-meter loop, made of copper foil tape, and attached to the e-room window. With a little bit of trimming, I was able to get a 1.2:1 match across the whole 2-meter band.

The antenna appears to work fairly well on 2-meters, despite being not terribly high up. It's not perfect - it is very much a compromise - but it is pretty all right for what it is.

Theoretically, the antenna should work on 70cm/440, as resonant antennas usually resonate at their intended frequency and all of its odd harmonics. I recently was able to draw up a chart of this as my meter mysteriously started working again today, and the graph can be found below. 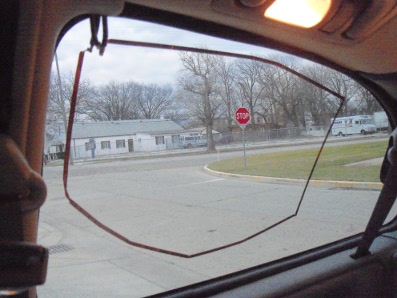 Originally, I tried this on the inside of the window of my van, as my employer had elected to move our company to a new building where the only place you can park has very low ceilings, and this seemed like the only solution (besides putting up and taking down an antenna daily).  It seemed to work out pretty well, so I figured I'd try it again.

Here's an SWR chart for the design band, 2 meters. I've included a graph through the SWR meter in the shop also, so you can see what weirdness that imparts on the SWR. This graph was measured once every 500KHz in band and once every .1 change in SWR out of band. 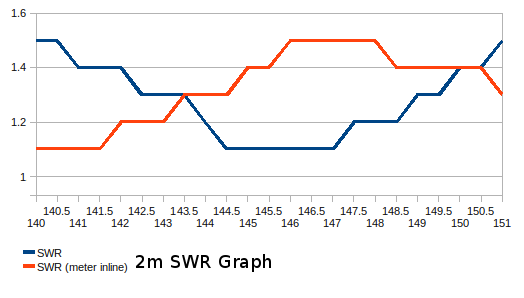 The antenna wasn't designed for 70cm, but resonant antennas usually have a dip in SWR at λ / 3. Again, not the design band, doesn't work as well here, but you might get some use out of it here. It's pretty much hopeless on the common simplex and repeater frequencies. This graph was measured every 1 MHz. 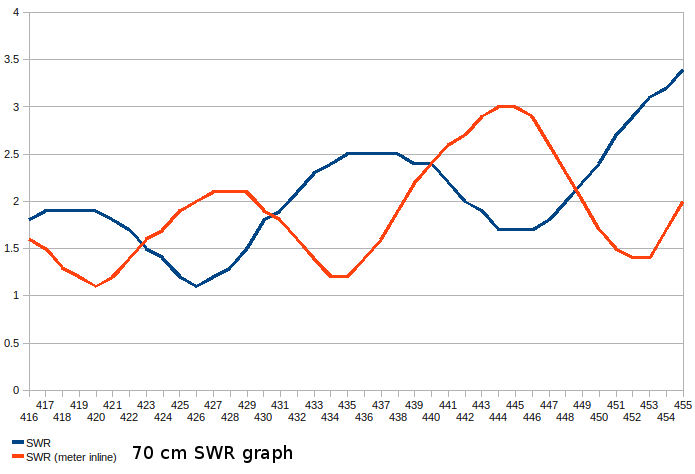