The dollhouse started off as a Christmas gift in the 70's, but was never completely assembled. The pictured view is composed to two separate kits only one of which was purchased, so the other is being scratch built based on pictures. There are a few design changes in progress too. It also needs an electrical system and lighting with individual room controls. 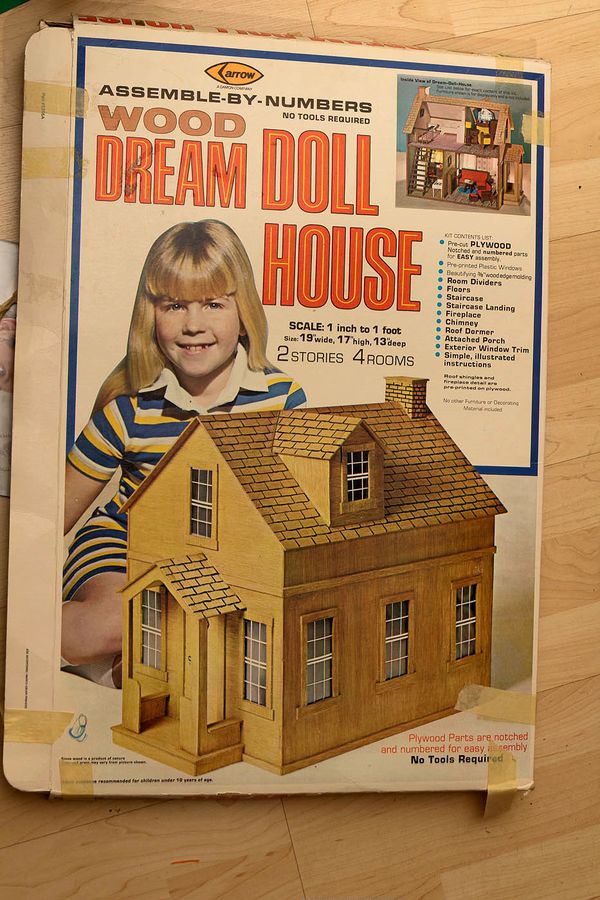 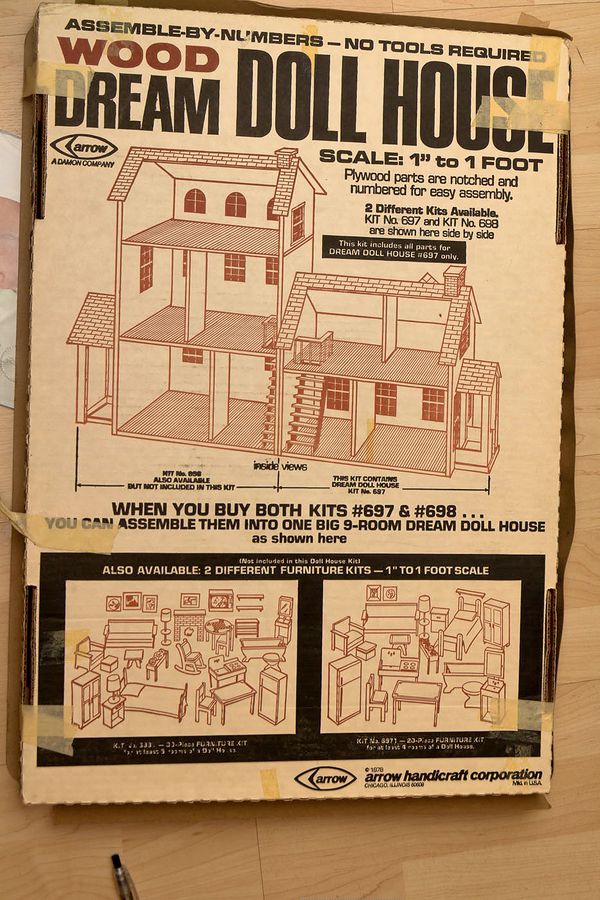 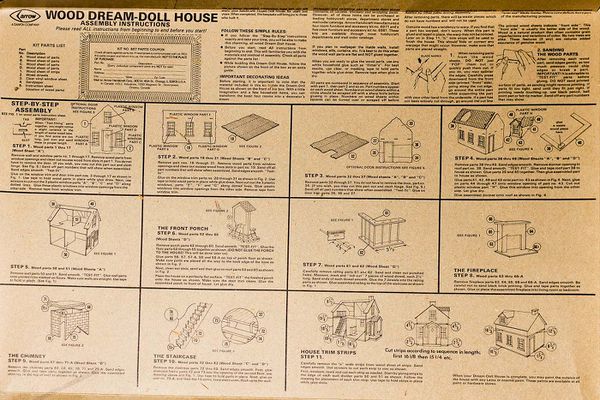 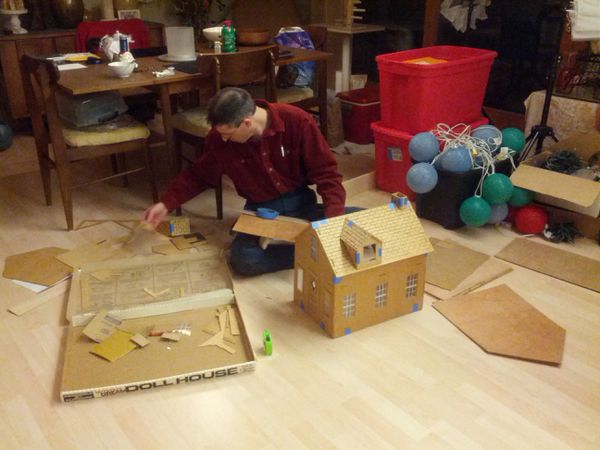 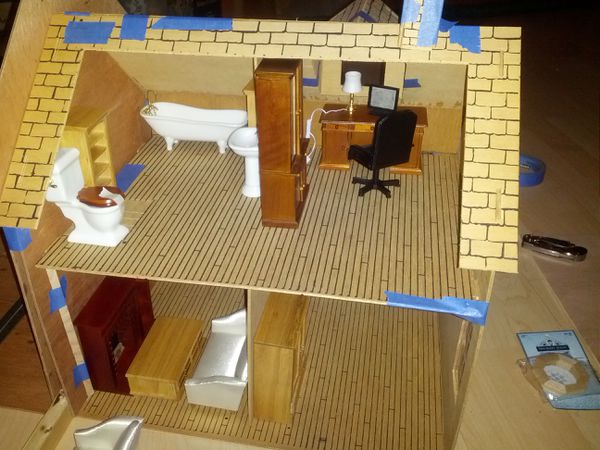 The original front door looked a bit out of place with the rest of the house, so there were a few modifications.

This was our fancy door. Or so we thought. Because of packaging, we assumed for the last year that the glass was etched. After the protective paper reveal, we saw it was plain. Well nothing scrapbook paper can't fix! I happened to have a scrap piece of vellum screen with us at the work space. It works, I like it. 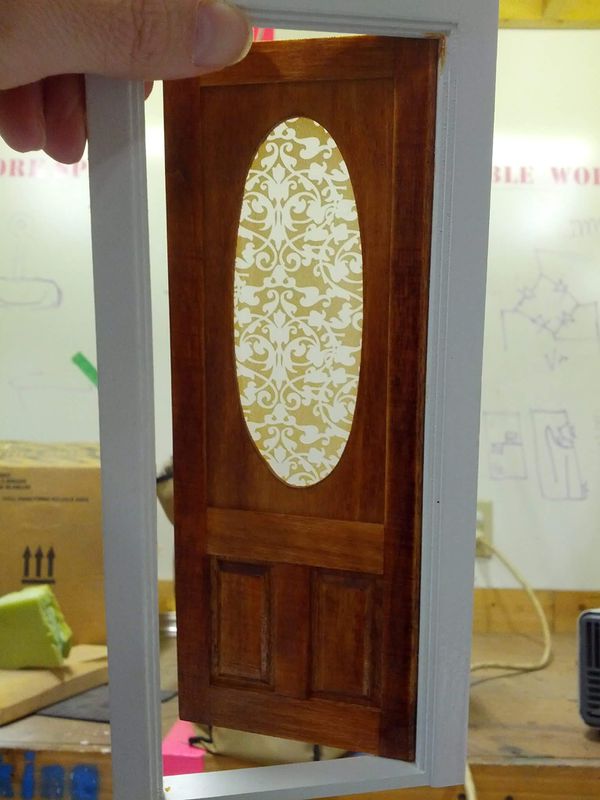 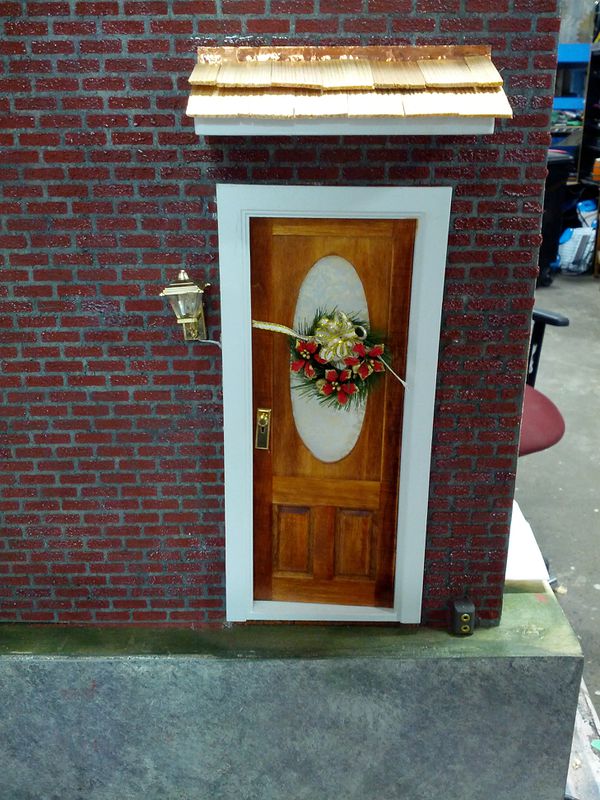 Making the "basement". This is technically not a basement, but the location of wires for the house lighting and power pack. Plus, storage for furniture and extra food. 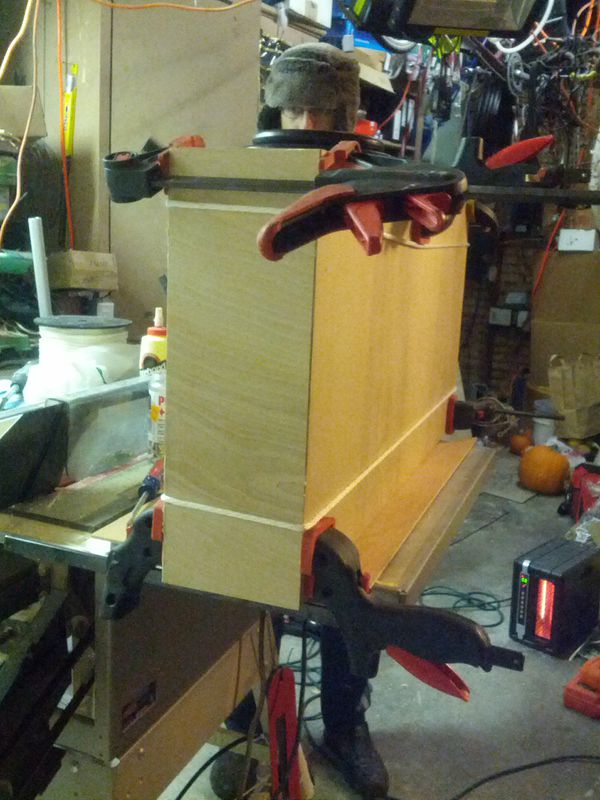 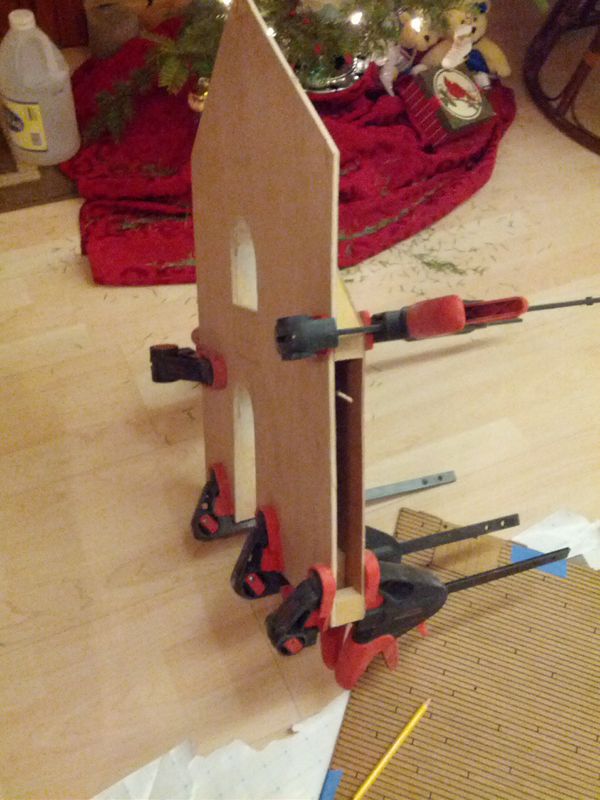 A closet was designed to fill in the place between the bedroom and the hallway upstairs in the addition. 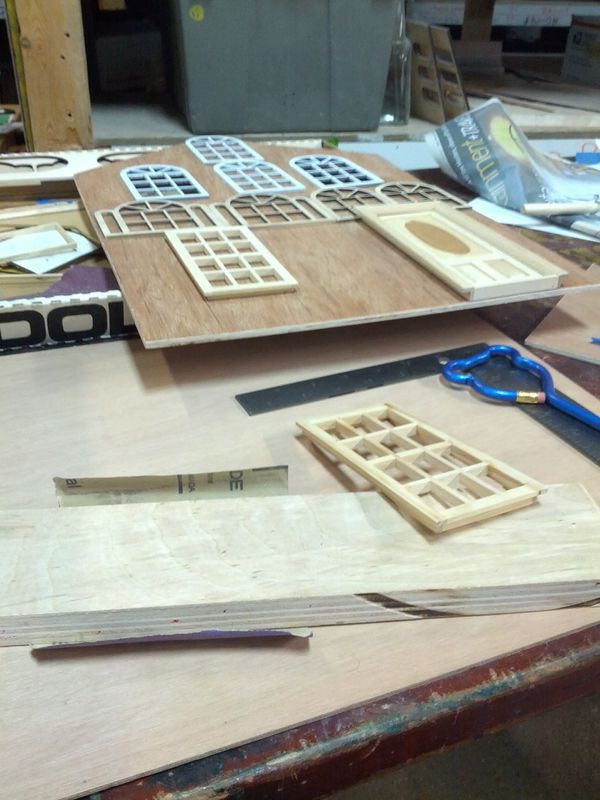 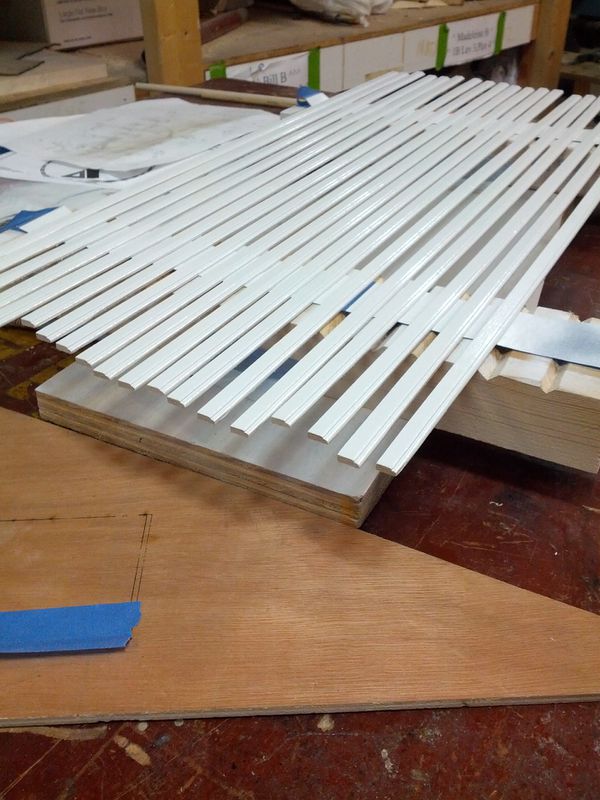 Granite polymer clay, then textured with a stamp. 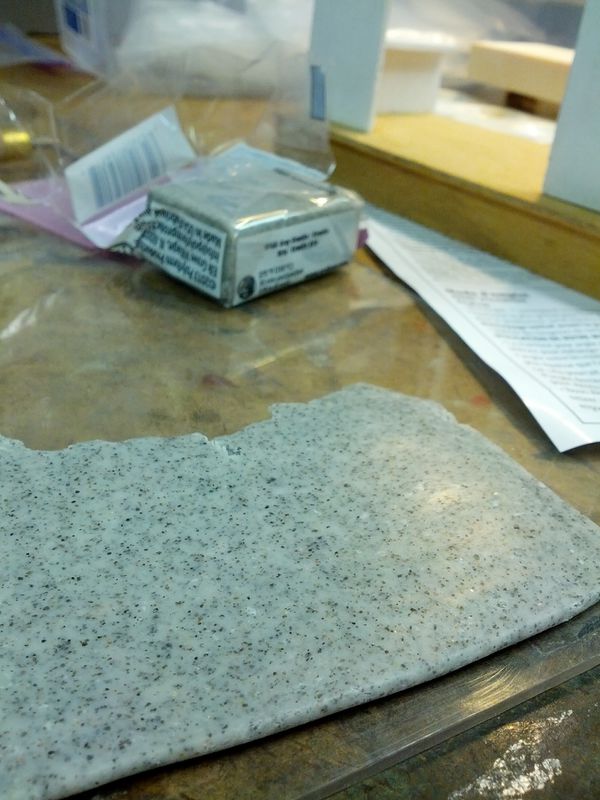 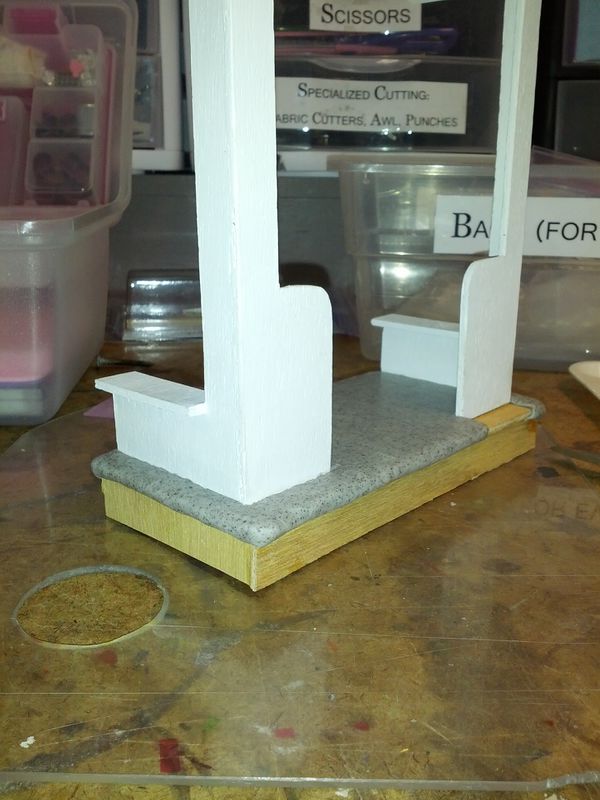 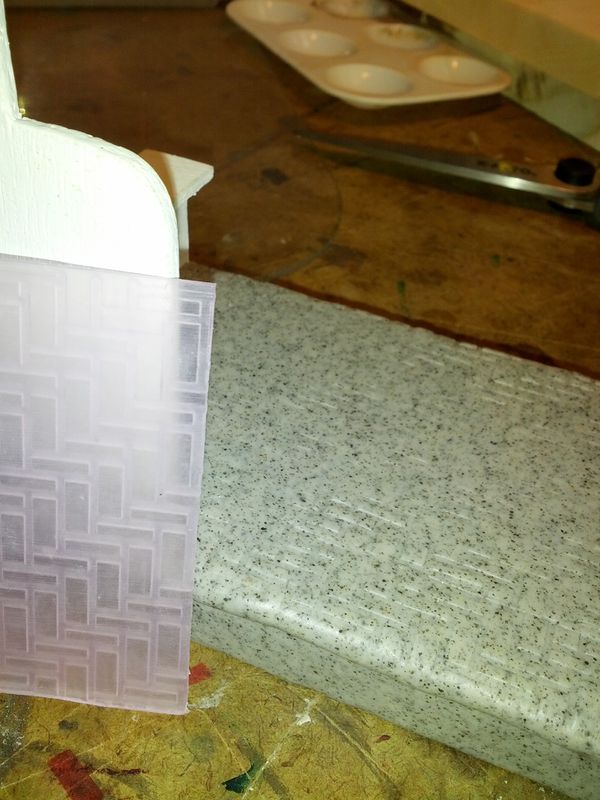 No dollhouse would be complete without a working TV.

Hall sensors will be used in the final version, and a tiny remote control made out of clay with a neodymium magnet will be used for control.

The 12 volt feed goes to the display, and the output of the converter provides the 5V power that the Pi Zero needs to operate.

First the white primed exterior of the house was covered with multiple shades of gray, and black with hints of brown as well using a faux finish. This provide the base for the mortar. Next a mask was applied over the house. Custom trimming for any of the windows or doors that were already installed needed to be cut around and masked off. The textured brick finish is then applied using a putty knife and finished off with a plastic squeegee. The temporary mask needed to be removed during the process due to the time involved. After the brick texture was dry, highlights with black, grey brown and white were applied with a dry brush technique to provide a more weathered appearance.

When the addition of the second structure was planned, a space between the sections was added to house the electrical wiring.

A zero clearance cutting blocks were also made for the miter saw to help prevent tear out on cuts. To help with the tiny gaps on the crown moldings and around the roof edges an irrigation syringe was used as a mini caulking gun.

This is the polymer clay bread, before shading with chalks. 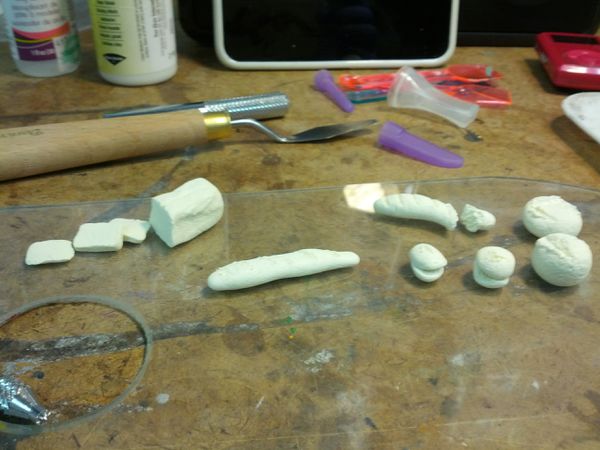 This is the polymer clay bread after shading with several colors of chalk. The colors are scraped onto a palette and brushed onto the clay. Also, texturing is applied using tools like bottle brushes and knives. 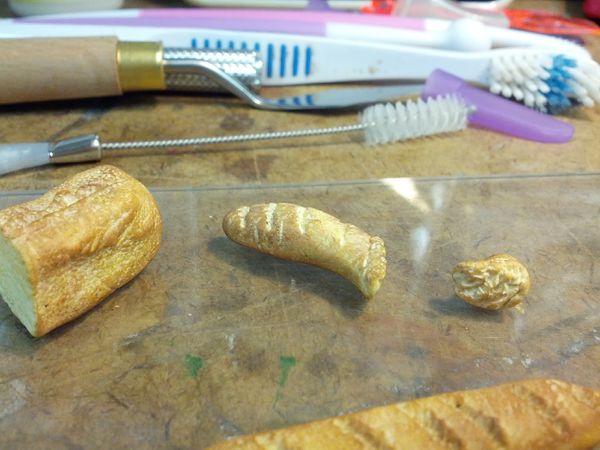 This is a grilled cheese made of polymer clay. 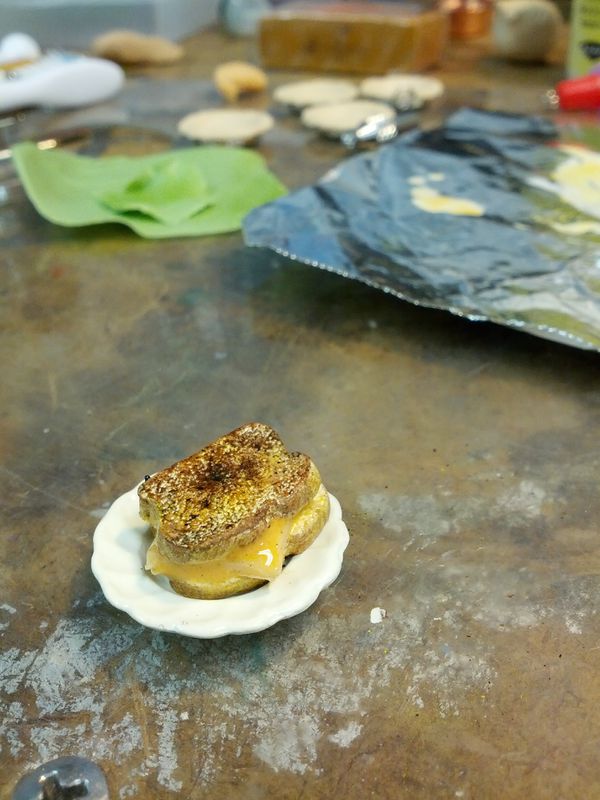 You can eat cake! Well not this. It's made of polymer clay. It can't be sliced after baking, so this was sliced before baking and will remain an example of cut piece and cake. Baking is done on the temperature controlled oven in the Fab Lab. 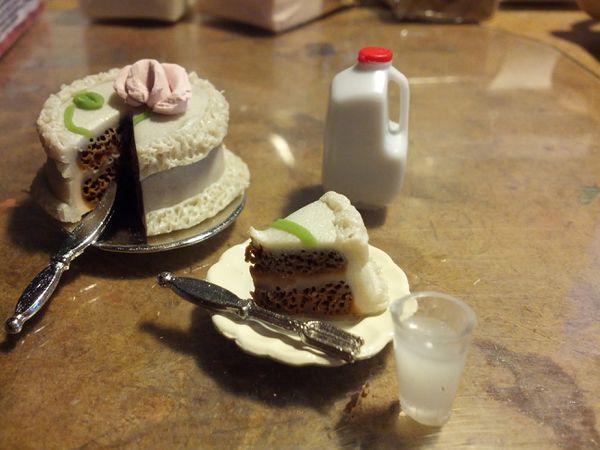 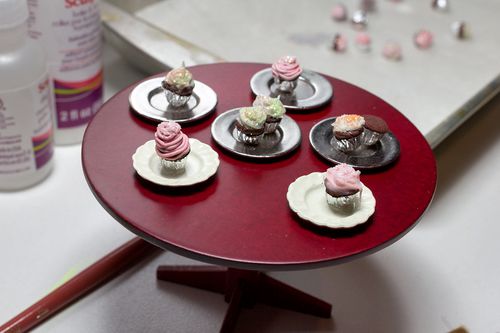