I've been growing plants for a long time, and starting indoors is pretty much a given in Michigan where the growing season is too short for some crops. There are also some tropical plants, like hibiscus, that people like to grow and are not frost-hardy. A typical solution is special fluorescent grow lights or just plain cool white tubes. I've lately been investigating LED solutions.

The first thing to figure out is which LEDs to get and how many? I punted the second part of the question, mostly because I have no way to measure this, and focused on the first. There's some pretty good research available:

As a start, had some PCBs fabbed to hold 1/2 watt red LEDs that I got at a reasonable price of about 40 cents apiece. I wanted a really simple solution, so I did away with the power supply. I measured the voltage beyond which the LEDs go into thermal avalanche (current increases with falling voltage, burning them out) and put enough of them in series that this voltage would not be reached when the series is just plugged into a wall outlet. Note that this might not be the most efficient, since you're not running the LEDs at a constant high current, but it's really simple. The number of LEDs works out to about 64. During part of the AC waveform, the LEDs run at a higher current than they are designed for, but this is offset by a long period when they are conducting below this current, and fully half the time when they are reverse-biased and not conduction at all, so there's plenty of time for the junction to cool! You can put two of these strings in parallel but reversed polarity and it takes full advantage of both sides of the AC waveform ... they're just diodes, right? I mounted the circuit boards in a simple fixture composed of a laser-cut plexi front side and a laser-cut wooden holder. Everything snaps into place with a little help from a screw driver. Wiring consists of wire nuts to a cord and some strain relief. I'll post the electrical design and some photos in the near future. Just wanted to get this page up here to start some discussion. Growing season is approaching! 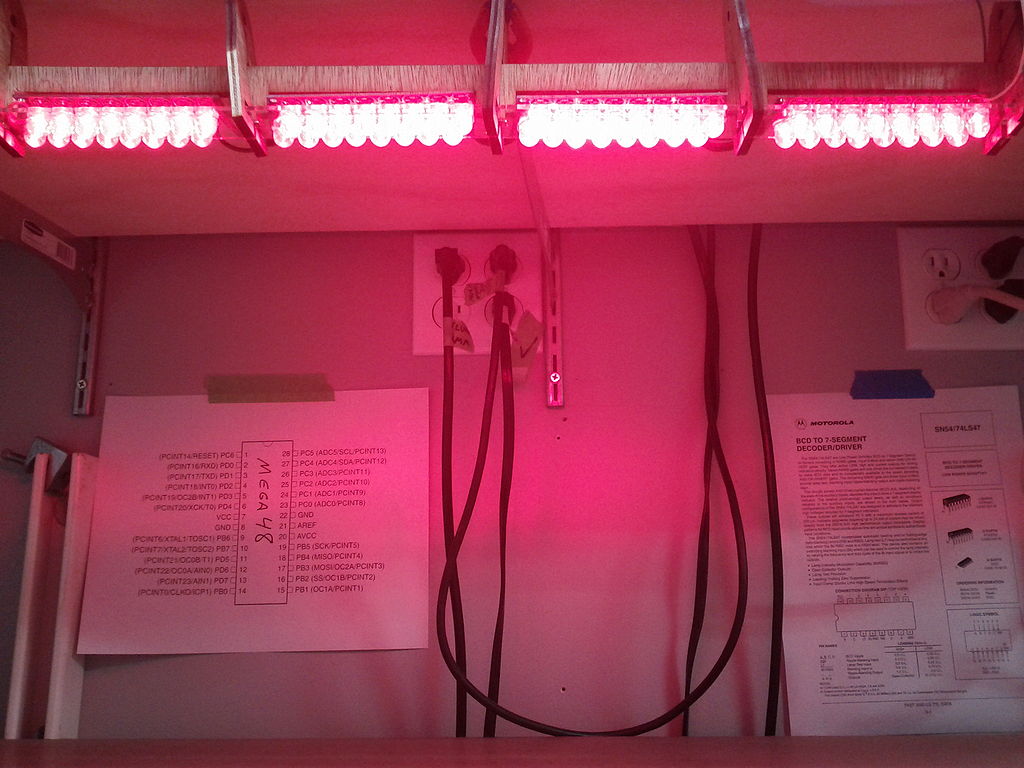