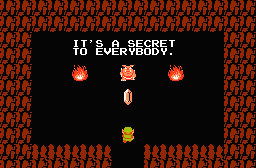 ( sidebar on nate's email verbosity and the (apparently false!) accusation that he pontificated in a sign in the bathroom)

Action Item: Matt A & Nate B - Communicate classroom expansion details to membership after vetting with the board

/* discussion of whether to send to members or board */

Action Item: Terry - Post proposal to members list
Action Item: Board - Vote on proposal at next board meeting

Where will it go?

Where is the CNC zone, anyway?

Some thoughts on floorplan-mongering in general

Should we accept equipment before we know where it'll go?

What are we going to do about this right now?

Action Item: Konrad - Send surveys to membership and submit proposals to board for this

Do we have guidelines now?

What is it like to apply for a grant on behalf of i3 right now?

What kind of responsibility does i3 take on by accepting grants?

Should we have more guidelines?

What should we do to set up guidelines?

Treasury and Budget Report for March, 2015

Charlie: Can we do partial memberships. Not in CRM. but Terry says he can handle it

Matt will be minutes scribe for these meetings.

Meeting with jamie after meeting about lawyer stuff