WHEREAS there have been a number of reported incidents of violations of the i3 Harassment Policy, including inappropriate comments, behavior, that form a pattern of behavior that puts the future well-being of members and guests of the space at risk,

AND WHEREAS 20160510A has abused his guest privileges by fraudulently entering the space multiple times by signing in under members without their permission and pressuring members to sign him in against their will,

WE RESOLVE that, effective May 10, 2016, 20160510A shall be banned from all spaces operated by i3 Detroit indefinitely until the board of directors votes to overturn this ban.

WE RESOLVE FURTHER that, effective May 10, 2016, 20160510A shall be banned from all i3 electronic communication channels.

WE RESOLVE FURTHER that, effective May 10, 2016, 20160510A is unwelcome at and may not participate in any i3 Detroit presence occurring at either public or private events.

WE RESOLVE FURTHER that the Secretary is directed to add 20160510A to the list of banned persons kept near the entrance, and directed to send a notice of this proposal to the i3-announce mailing list.

WE RESOLVE FURTHER that the Secretary is directed to communicate notice of this ban to 20160510A.

Treasury and Budget Report for March/April, 2016 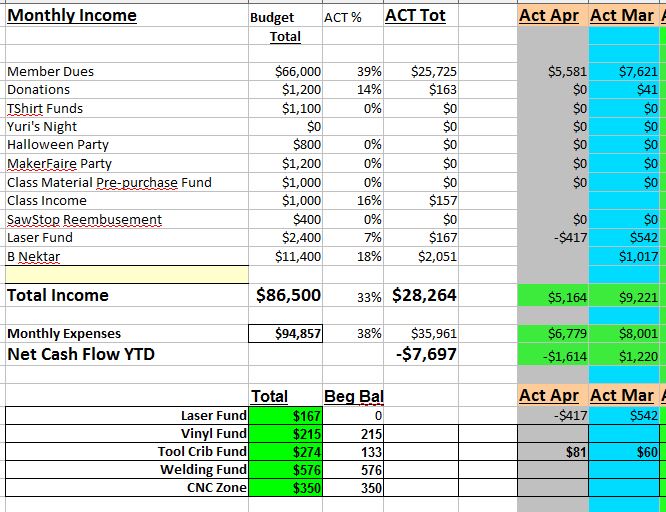 Thanks for getting in touch with Etsy Support.

Unfortunately we don't have any representatives available in Michigan. However, I'd be happy to help via email.

We are always excited when someone from our community teaches about Etsy. We do have educational collateral that you can use in your lessons and distribute to students. We recommend our Shop Critique Worksheet as a great starting point.