Question about buying a building.

Our harassment policy doesn't cover bullying. That is a large oversight.

Secretary: After much discussion post meeting, the board reversed that decision so the personal matters mentioned above have been omitted.

Proposal:
Amend the bylaws to increase dues from $49 to $59 per month effective March 1.
Moved by Paul, Seconded by Mark
7 Ayes / 0 Nays
Result: PASS 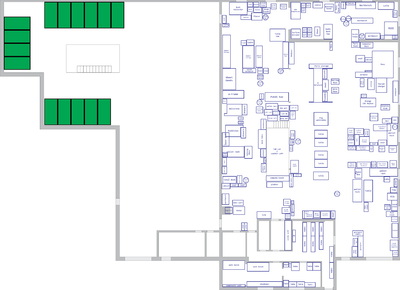 Matt C: There has been some concern that the board is not communicating effectively enough with the membership about the expansion. I propose we create a set of weekly goals for the first month after the lease on the other side begins. This schedule will be shared with the membership as an easily digestible roadmap of what to expect throughout the process. An example is included below - the timing is just for demonstration, the tasks list contains things we should probably do.

EXAMPLE - Not the actual timetable

Action Item: Matt C - Come up with an expansion schedule to communicate to the membership

More of an FYI - we are at the halfway point between Maker Faires and this year we are going to get started early! The first planning meeting is this Saturday at noon in the classroom. It was announced at the last member meeting but the mailing lists should probably be alerted as well.