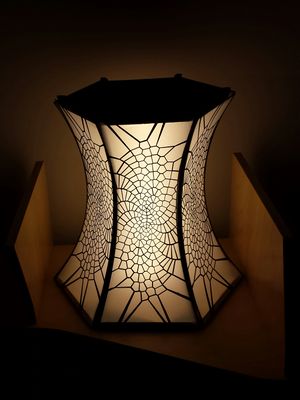 The source code for this project is entirely from MIT Media Lab High-Low Tech.

Those links are the best place to learn the entire process, but here is the basic idea of the design:

A Voronoi Diagram is a set of celis generated from a set of generating points, where each point in a cell is closer to its generating point than any other point. It's kind of just a mathematically rigorous way of dividing a space as evenly as possible.

If you generate a cool pattern of points, the resulting diagram will be Pretty. Here is the scripting portion of the Spiral Ellipse code.

You can adjust the height and shape of the lamp in the UI for Codeable Objects, and also somewhat adjust the web from the points. Codeable Objects will output PDFs of the shades, the lamp frame pieces, and the web. You will almost certainly need to clean up the PDFs in illustrator or inkscape, just like anything else going to the laser cutter. 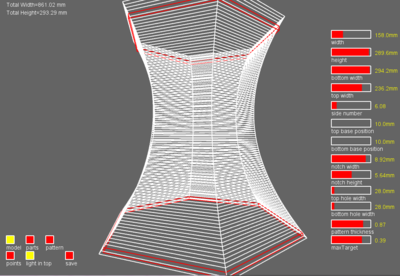 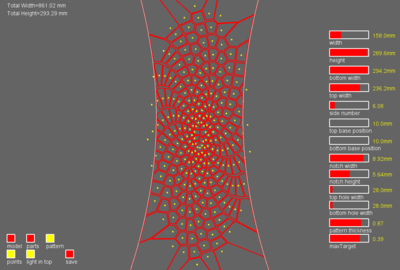 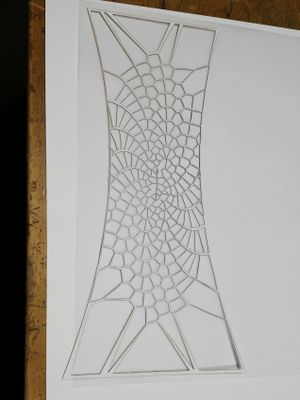 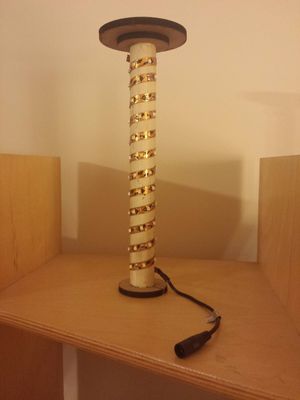 LED strip used for lighting. Top is a circle large enough to rest on top of lamp frame, and bottom has a notch for the cord

This section is under construction as i didn't think anything i was doing was going to work at the time, and so didn't document it well. I'll add pictures and details once I make another lamp that takes less than 3 months