This system will replace the current one, it is projected to be network connected and control all entry and exit through the front door. It is based around an arduino mega 2560, Open Access Control 3.0, and a beagle bone, allowing the logging of everything to do with the door. The network connectivity means easy integration with proposed EMS/Fire emergency buttons. This also means integration with the CRM for automatic control of access, easy new user addition, reporting of failed entry attempts, reporting of power outages, etc...

The original code is here: http://www.accxproducts.com/wiki/index.php?title=Open_Access_3.0

Library I borrowed from http://awtfy.com/ and modified slightly to parse comands [[2]]

Sketch to read from the RTC, commented out lines to set RTC [[5]]

Working printer test, takes serial in and outputs to the parallel port [[7]] 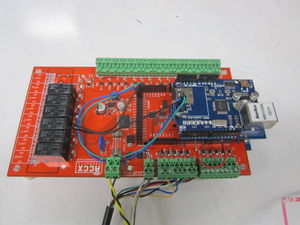 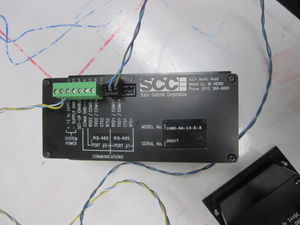 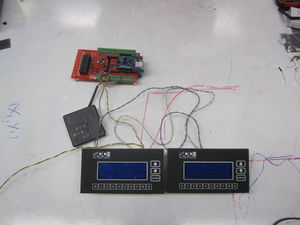