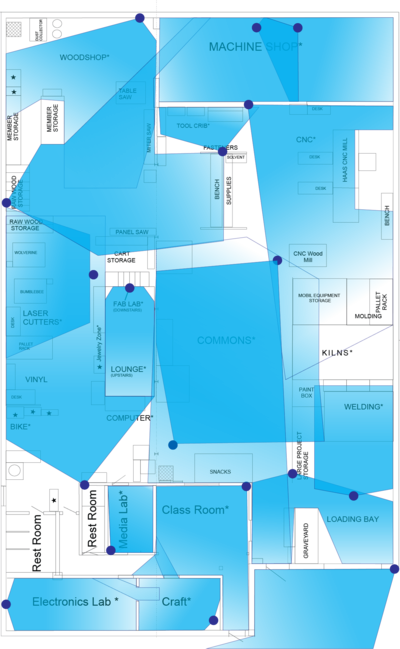 Use of security cameras was approved originally in 2012. The policy was updated in 2015 to be included in the standing rules. The discussion of the 2015 proposal happened largely in Slack, in the archived channel #camera-policy. The standing rules section was modified in early 2016 to replace the 4-person viewing team with the Board of Directors. It was again modified in early 2017 to expand the viewing team to consist of at least one director and either one other director, officer, or zone coordinator.

Sometimes the build of ZoneMinder that we're using (1.34.1--old, but historically upgrading has had mixed results, and nothing's currently broken...) has a bug where the process that writes the diskspace used per event to the database breaks, leaving NULL in place of the real value. This is problematic as summing the diskspace used by all events then returns the wrong total, which breaks some things. It's normal to have some events showing NULL diskspace since the process doesn't run constantly, so this script runs as a cron job once an hour which is often enough to fix things before there are any problems. It seems to be triggered on average once a day.